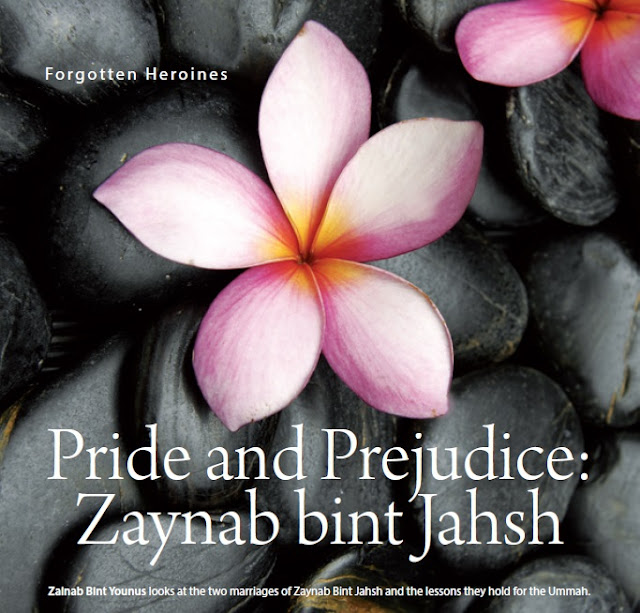 Muslims very often say things like, “there is no racism in Islam!” and “there is no classism in Islam!” To a certain extent, this is true – Islam has no place for racism nor for favouring the wealthy over the poor. Yet there is a difference between Islam, the religion, and Muslims, the human beings who strive to live according to the faith.

We also tend to romanticize the Companions of the Prophet (sallAllahu ‘alayhi wa sallam) by making it seem as though they were free of human biases. What we forget is that Allah chose them not because they were perfect or free of fault, but because they were human beings with human weaknesses – and had the potential and determination to change themselves for the better.

Racism and classism were two issues which plagued pre-Islamic society almost as much as it plagues our current societies. The difference between slaves and masters, the noblemen and the Bedouin, the impoverished and the dramatically wealthy, was significant and considered to be a normative fact of life. Self-worth was attributed not to an individual’s character, but their social and economic status… and it was this very state of mind that RasulAllah (sallAllahu ‘alayhi wa sallam) sought to change amongst his Companions.

Whereas RasulAllah (sallAllahu ‘alayhi wa sallam) himself came from a very noble family amongst the Quraysh – that of Banu Hashim – his love and affection extended to any and all who loved Allah and accepted Islam. In fact, many of the earliest Muslims came from backgrounds of poverty and slavery, such as Sumayyah bint Khayyat and her family. Not only that, but RasulAllah (sallAllahu ‘alayhi wa sallam) accepted such individuals into his own family; Zayd ibn Harith was his freed-slave, and was for a significant portion of time known as RasulAllah’s adopted son.

Zaynab bint Jahsh, on the other hand, was the epitome of a Qurayshi noblewoman: beautiful, wealthy, intelligent, and from an elite woman, she was considered to be a woman without peer. She also happened to be RasulAllah’s cousin, and the sister of another famous Sahabi, Abdullah ibn Jahsh. Thus, both amongst the Qurayshi society and the Muslim community, Zaynab stood out as a distinguished woman.

Between Zayd and Zaynab was an ocean of difference – two individuals who came from drastically varying backgrounds, who were viewed as polar opposites. RasulAllah (sallAllahu ‘alayhi wa sallam) was not oblivious to this; if anything, he was most keenly aware of what it meant to have believers from every level of society. What he wanted most, however, was to eradicate the disease of racism and classism; to build and foster a society where, regardless of socio-economic class, greater value was played on one’s Taqwa.

With this in mind, he brought up the subject of marriage to both Zayd and Zaynab. Heavily influenced by a lifetime of ingrained conditioning about classism, both of them were surprised and somewhat doubtful. Though Zaynab protested initially, bringing up both her social status and economic background, she acquiesced when the following verse was revealed:

In obedience to Allah and His Messenger, Zaynab bint Jahsh and Zayd ibn Thabit agreed to marry. Their marriage was hugely symbolic – the coming together of two disparate societal classes, a noblewoman and a freed slaveman, and proved to the world that it was perfectly acceptable for such a thing to take place.

However, Zayd and Zaynab’s marriage was tumultuous. Despite both of them being exceptional believers, they were still human, and found it genuinely difficult to let go of certain biases and prejudices. In addition to the issue of class, their personalities were also quite different. Zaynab was a woman of wit and eloquence, unyielding in her opinions and famous for her temper - and in Zayd’s case, it was difficult for him to feel comfortable with her.
Several times, Zayd went to RasulAllah (sallAllahu ‘alayhi wa sallam) for counseling and mediation. Each time, he was told, “Have patience” – an interestingly marked difference from today, when it is women alone who receive the advice for patience in a difficult marriage.

Eventually, however, RasulAllah (sallAllahu ‘alayhi wa sallam) received permission from Allah to permit divorce for Zayd and Zaynab. The original wisdom for establishing their marriage had been fulfilled – racism and classism were being recognized as inappropriate for Muslims to act on, and important to overcome. Their divorce, in turn, also became an important lesson for believers: the importance of compatibility in a marriage. Two individuals being pious or religious Muslims does not automatically mean that they are right for each other martially. Should their marriage not work out, it is not meant to be a source of shame, but a reality to be accepted. It is said that when Zaynab heard the news of her divorce, she actually prostrated out of thankfulness to Allah.

Zaynab’s story was still to continue. From above the seven heavens, without any earthly ceremony, Allah declared Zaynab bint Jahsh (radhiAllahu ‘anha) to be the wife of His Messenger (sallAllahu ‘alayhi wa sallam). As Zaynab was quick to remind her fellow Mothers of the Believers, she alone was accorded this honour. Just as with her first marriage, her second marriage was the source of a Divine ruling to the Muslim community – that the adoptive son is not like the biological son, and the permissibility of a man marrying his adopted son’s widow or divorcee.

As a wife of RasulAllah (sallAllahu ‘alayhi wa sallam), Zaynab bint Jahsh found true joy and happiness in marriage. Her personality and her previous divorce did not disqualify her from marrying the Messenger of Allah, nor were they considered to be negative factors – rather, they were just facts of life, and part of what made her unique. What made her incompatible with Zayd ibn Harith was what made her compatible with RasulAllah, as evidenced by the fact that he loved to spend time with her.
In a time when women are often told to minimize their own presence and personalities, Zaynab’s story stands out as an example of how one doesn’t have to change who they are simply for the sake of marriage. Just because one man doesn’t feel comfortable with an aspect of a woman’s personality, it does not mean that another man won’t appreciate it.

Despite being known for her temper, Zaynab bint Jahsh was also described in glowing terms as a true believing woman. A’ishah (radhiAllahu ‘anha) said of her, “She was given to fasting and performing prayer.” She was also ‘better in religion, fearful of Allah, truthful in her speech, dedicated to family relationships, known for giving sadaqah, and was completely committed to achieving perfection in her deeds.’ She was a woman of principle as well as Taqwa – during the time of al-Ifk, when she could have easily used the fitnah surrounding A’ishah (radhiAllahu ‘anha) to advance her own status with RasulAllah (sallAllahu ‘alayhi wa sallam), she swore to A’ishah’s innocence and refused to engage the slander and gossip that had swept Medinah.

Zaynab bint Jahsh is a symbol for so many people, men and women alike: a sincere human being struggling to overcome ingrained biases and societal conditioning; an individual of strength who finds it difficult to tone themselves down for others’ comfort; a person seeking to please Allah in words and actions, striving to remain committed to their Lord even when opportunities for personal benefit arise.

Her story shows us that to be someone significant in the eyes of Allah doesn’t require perfection, but rather a commitment to the higher principles of Islam. Zaynab is a woman to be emulated, a reminder and a role model of what it means to be a heroine of Islam – someone whom we can both relate to and whose standard we seek to meet.

Posted by AnonyMouse at 4:44 PM

I would like to ask, im visiting KL this weekend in sha Allah and I would like to know if there are any salafi masajid around the city and which mosque is the one you attend? I cannot seem find to anything online.

Your help would be greatly appreciated.